Can we read it? 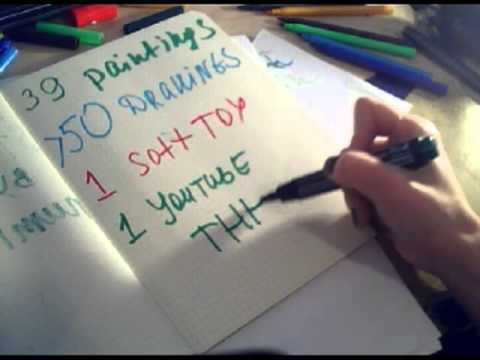 - November 02, 2012
equally unpleasant...crucially important... still there is time before I have to put the paintings on the wall.

It's getting close. Fox of Stillorgan, the show.

- November 01, 2012
Fox of Stillorgan is a character inspired by an article I read in a newspaper about Urban Foxes in 2010. The first painting of Fox of Stillorgan appeared sometime in autumn of 2010. Then he claimed my notebooks and refused to leave. I have been drawing Fox of Stillorgan ever since. I paint Fox of Stillorgan going about his every day activities. The composition of each painting is simplistic and routine yet playful and fertile, allowing its audience to feel secure yet challenged. Fox of Stillorgan demands ones attention even if not always imposing.The simplicity and repetitive nature of Fox of Stillorgan’s life events sometimes mirrors human life and sometimes is a fiction.
The best I can do is to quote Fox of Stillorgan: Hi, My name is Fox. I live in Stillorgan. I have an imaginary friend. Her name is Liu and she lives in my head.

My cat on Sale